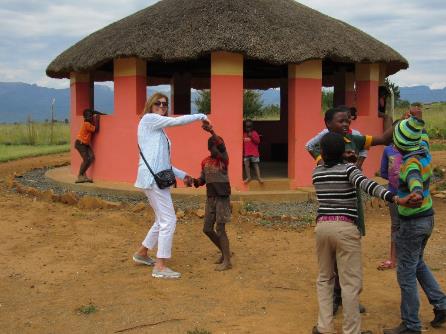 This is my last letter home after two months in Lesotho. It has been an intense and extraordinary time.

The feedback from our first donor trip was more than enthusiastic. Their assurance that they would not change a thing has encouraged me to do this again. Without exception, they were thoughtful, culturally sensitive, interested and engaged. It was so much fun! We laughed a lot.

The depth to which they were moved by their time with our staff and beneficiaries was touching. It was very exciting for me to have this chance to show these committed donors my world in Lesotho, the people I love and the staff who work so hard to make this extraordinary impact possible.

Our Anniversary Celebrations were wonderful (see my last letter) and we got quite a bit of local press. The event was televised in full several times and also played on radio and we got three national newspaper articles:

As an aside, I had so hoped that the cosmos flowers would be out – they are fall wild flowers in Lesotho – bursting into pinks and purples all over the alpine fields. They were just coming into their own as I left. 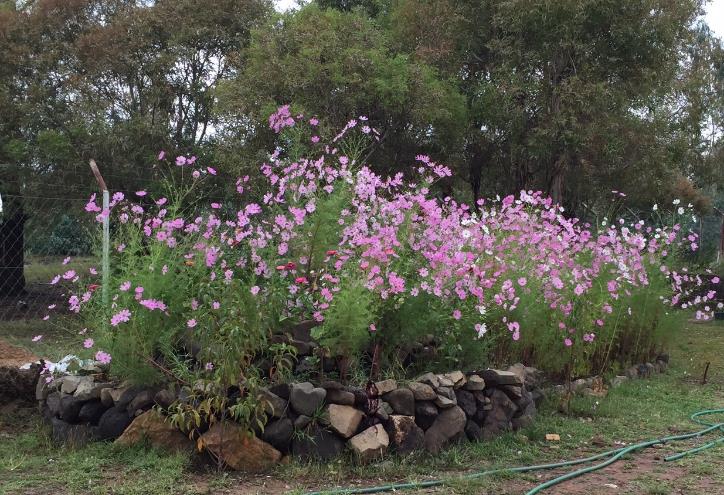 I just missed the installation of the new playground equipment at the Pitseng Centre that Simon Melanson worked so hard to fundraise for.

Two swings and climbing ladders were installed last week and the remaining equipment will be fully in place next week. Other than our Hlotse Centre, I have never seen any playground equipment like it in northern or central Lesotho. I am imagining the little ones – and even the big kids – laughing with abandon and having so much fun at our playground. Those kids deserve some fun! Thank you to all who contributed. We will post photos on our Facebook page as soon as they are available.

As I leave Lesotho, I am so conscious that our programs are unique and incredibly valuable. My mind is preoccupied with ways to address the second part of our anniversary slogan – Ensure the Future.

This is my task over the next few years.

Help Lesotho has surprisingly few large donors. We need to increase the number of large donors, the length of time they commit and the number of people who will consider including Help Lesotho in their will. I know that people want to support organizations that are totally accountable and having a high impact locally. We just need to get the message out.

A few weeks ago a British gentleman came to see to me. He had been visiting a number of charities in both Lesotho and South Africa to understand their approaches to dealing with the high rates of HIV/AIDS.  He was so interested in our reiterative, holistic, comprehensive approach and the fact that we keep the same beneficiaries for long times and across multiple programs rather than the usual one-off interventions. I was touched by his interest and his commitment to become involved in and support our work.

One of the last things he said to me was –

“Well, I am going to put Help Lesotho in my will!”

Now that is one step forward in ensuring our future!

I left Lesotho with a happy and proud heart. It was important to have these celebrations, to stop for a minute and reflect on all that has happened. I left moved to tears by the appreciation of our staff and beneficiaries. I left excited about the future – with so many ideas running through my mind.

We have a great story to tell – let’s do it!

Happy Easter to you all.

PS For those following the eye surgery project, we now have enough funds to ensure 50 surgeries!

PPS Also, the ophthalmologist tells us that sunglasses for the grannies would be a good idea so if you want to save your old ones and give them to us, we will get them to the grannies.

Read Peg’s other 2015 Letters from Lesotho