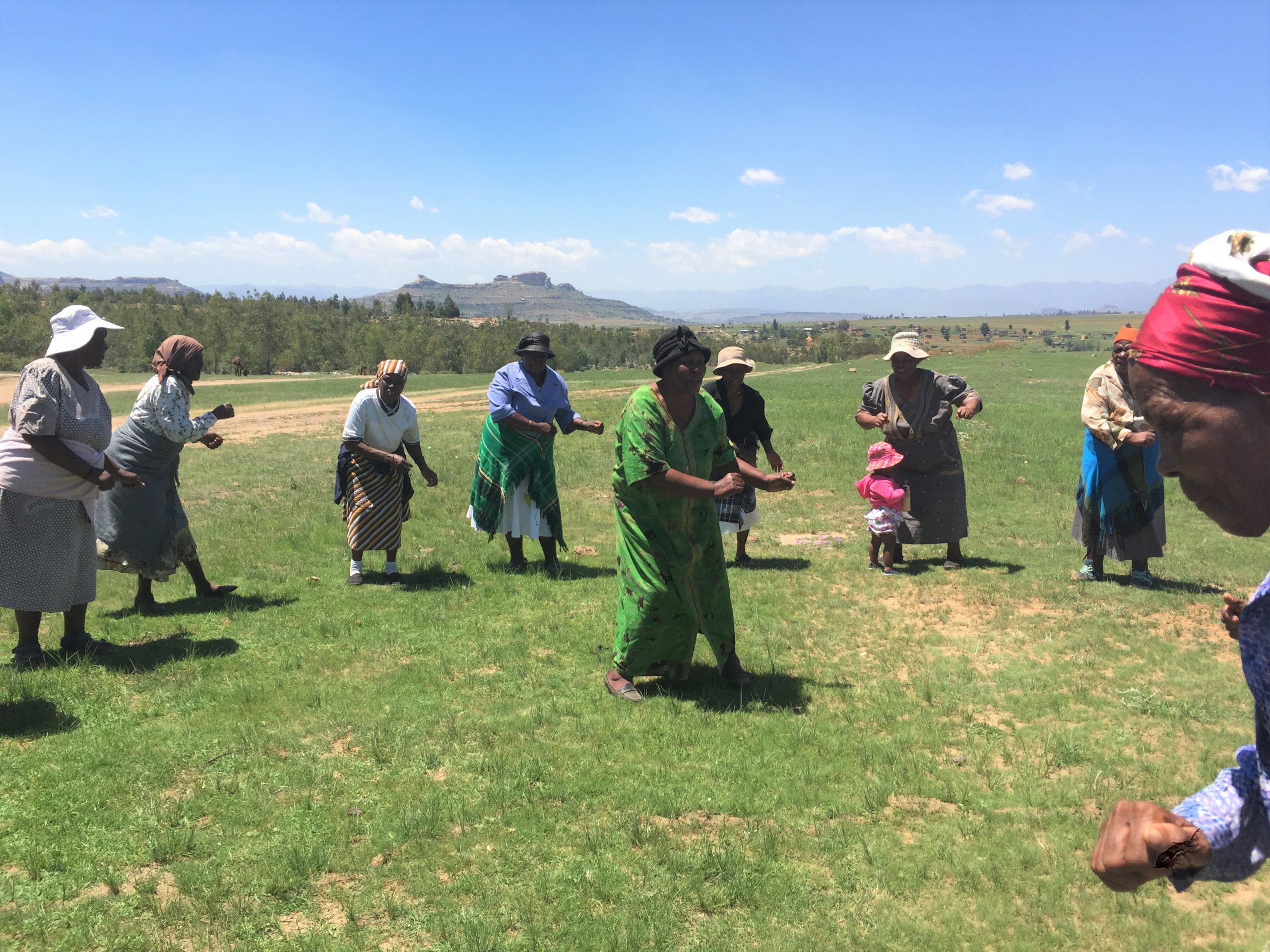 I hear regularly that central and eastern Canada has been in a deep freeze. While their nights are -35 to -40 Celsius, it is +33 to +35 during the day here. We are concerned that the heat will take away the benefits of the little rain we have had.

In my last letter, I mentioned the drought. An American doctor here told me that there were five weeks before Christmas when there was no water at all in the hospital down the road, water was brought in for surgeries only and there was no water for doctors to wash their hands otherwise. A startling image that brings the scale of the drought into perspective.

Just a sweet aside – as I am writing, three tiny, emaciated little deaf boys have threaded themselves through the slats in the gate to use the swings. We are closed on Sundays but they can’t stay away. This place has become their home.

Like a proud mother hen, I am bursting to tell you that Palesa Nkaile, who graduated from high school in December received the second highest results in the entire country!!!

Shas been part of our Help Lesotho girls’ leadership program and received school sponsorship for the last six years.  While waiting to start university on full scholarship, Palesa is tutoring almost six days a week to help others do well.  Palesa came to see me this week and was not only happy that her future education was ensured but truly appreciative of all the camps, conferences and leadership training she has received since she was twelve years old in our programs. Palesa wants to be a doctor. She left me a note:

“‘M’e Peg, I love Help Lesotho and the girls’ leadership program. You offered me free life-skills that give guidance to a healthy life with better choices and a clearer future. Those programs empower women and girls in Lesotho who are vulnerable and prone to all forms of abuse. They created a place for girls to build new friendships and learn. Help Lesotho has given me a reason to live and hope for a better future. Help Lesotho has taught me to give back whatever has been given to me to others.” 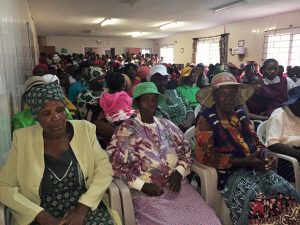 As I mentioned in my last letter, our centre is so busy that we are now using the garages for classrooms. This week was Grandmother Day at the Hlotse Centre and I wanted to show you what that looks like! You just gotta love the hats!

One reason we are bursting at the seams is the popularity of our computer classes. There is a huge waiting list. On a first-come, first-serve basis, participants come two hours a day for two months.

One hour is a lesson and practice at using Microsoft Office, building a CV and skills like formatting.

Participants initially join the life skills classes reluctantly. By graduation, it has changed their life and their perspectives.

Two years ago, four male police officers came. They were shy and uncomfortable taking this free class. ‘Learning is for children’. Now every session includes more police officers, on company time. Before Christmas, one session was half priests and the other half police officers. I wish I could have been a fly on the wall for those conversations! 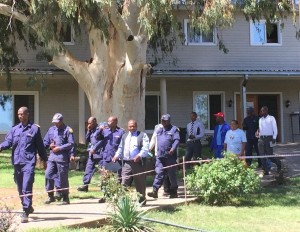 One of the current sessions now has 17 senior police officers – both male and female.  They are asking for two hours of life skills training daily! While we have them on site, we are also taking them aside and giving them extra training on gender and domestic violence. Their more-than-enthusiastic participation in this type of new learning is a huge definition of success and community impact. It is impossible to separate HIV transmission from gender-based violence. Just think of how this can change society if we can reach more police and local leaders through the carrot of computer classes.

Lesotho, the Mountain Kingdom, is now ranked first in tuberculosis (TB) infections, with 852 people in every 100 000 now infected according to the World Health Organisation’s 2015 Global TB Report. Most people here have compromised immunity systems. Hundreds of thousands are on antiretroviral drugs (ARVs). A form of chemo therapy, they are hard on the body. When I first came here, there were no paediatric ARVs. Children were put on fractions of adult pills, imprecise and potentially too strong dosages. A few I know well are now 18-19.

I have seen the ravages on their development through childhood and adolescence. Their cognitive and physical development has been compromised. They are small of statue and have intermittent periods of illness and cognitive confusion. Many lack the food to digest the drugs and so they eat away at their mouths and digestive systems. So many are ripe for the other opportunistic diseases that lurk around to prey on the vulnerable. The WHO states that TB will eventually wreak greater damage than HIV/AIDS has.

People often ask me how I balance the sadness and relentless challenges here to avoid becoming discouraged. I never do get discouraged because our programs are so effective, so appreciated and so relevant to the local needs here. We cannot change everything, cannot cure diseases or generate rain. But, we can give people the hope, kindness, support and education they need to move forward in healthy, confident ways each and every day – gifts that will never be devalued. It is totally worth it.

I also never feel discouraged because of your faith in us. Our donors are wonderful – they are faithful year after year and truly believe in us. Not a day goes by here that I do not think of you – our donors – and how incredibly touched and rewarded you would feel if you could see how far we stretch your funds – in sustainable and innovative ways. It is this partnership with you that allows us to work.

Please know how much grateful we are. You are right here beside us all the way.