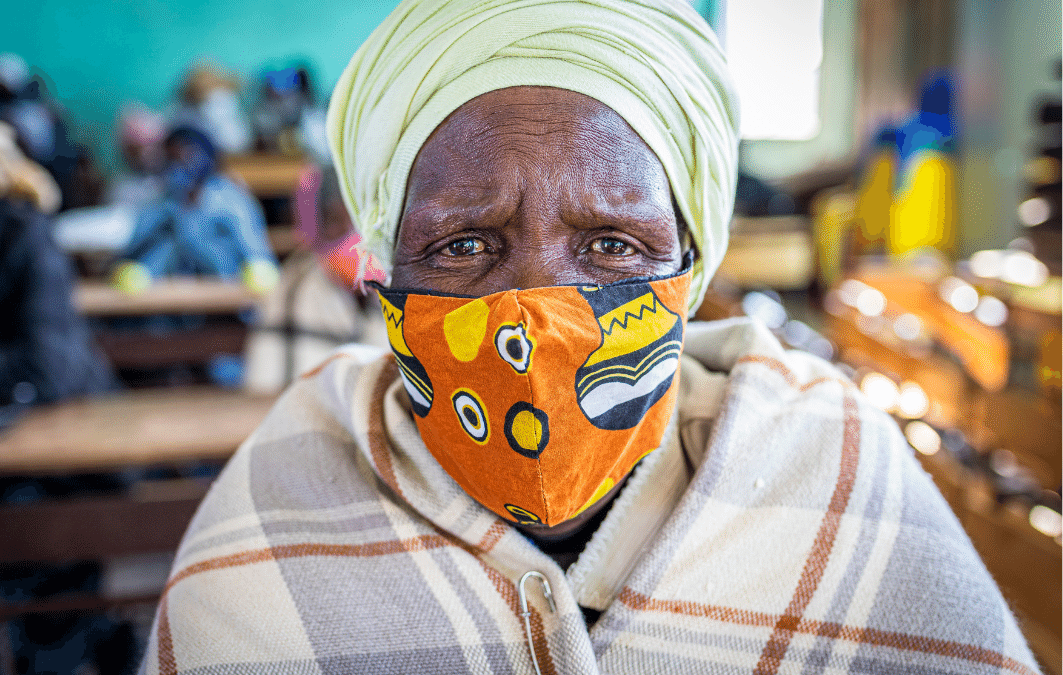 With the onslaught of the global COVID-19 pandemic, Lesotho declared a lockdown on March 29, 2020, despite not having any confirmed cases at the time. The six-week lockdown compromised Lesotho’s already fragile social and economic support systems and caused major disruption to school, jobs, and Lesotho’s vital supply chain. The Basotho people were terrified of another viral pandemic when they are still in the midst of fighting HIV/AIDS.

By July 2020, Lesotho was among the last countries in the world to confirm a positive case. The number of cases quickly grew and the country imposed another lengthy lockdown and full border closure with South Africa. Testing numbers remained low and it became abundantly clear that the official data reported did not align with the on-the-ground reality of people falling ill.

For the next year, Lesotho would transition in and out of lockdown periods. Many students were out of school for more than a year. The uncertainty caused many businesses to fail. The official COVID-19 case count remained low. As of June 2022, there have been 34,000 infections and 699 deaths due to COVID-19 (according to the WHO).

Vaccines finally became available in August 2021 (countries like Canada were vaccinating in March 2021). The roll-out has been slow. As of June 2022, approximately 45% of the population has received one dose. Myths and misconceptions about the vaccine and its safety are rampant in Lesotho, further complicating the vaccination effort. All Help Lesotho staff were vaccinated in August 2021 thanks to their status as essential service providers.

Today, Lesotho is still struggling to overcome the consequences of the lockdowns. The pandemic exacerbated many prevalent issues such as gender-based violence (GBV), access to services for rural populations, and treatment of the HIV/AIDS epidemic. 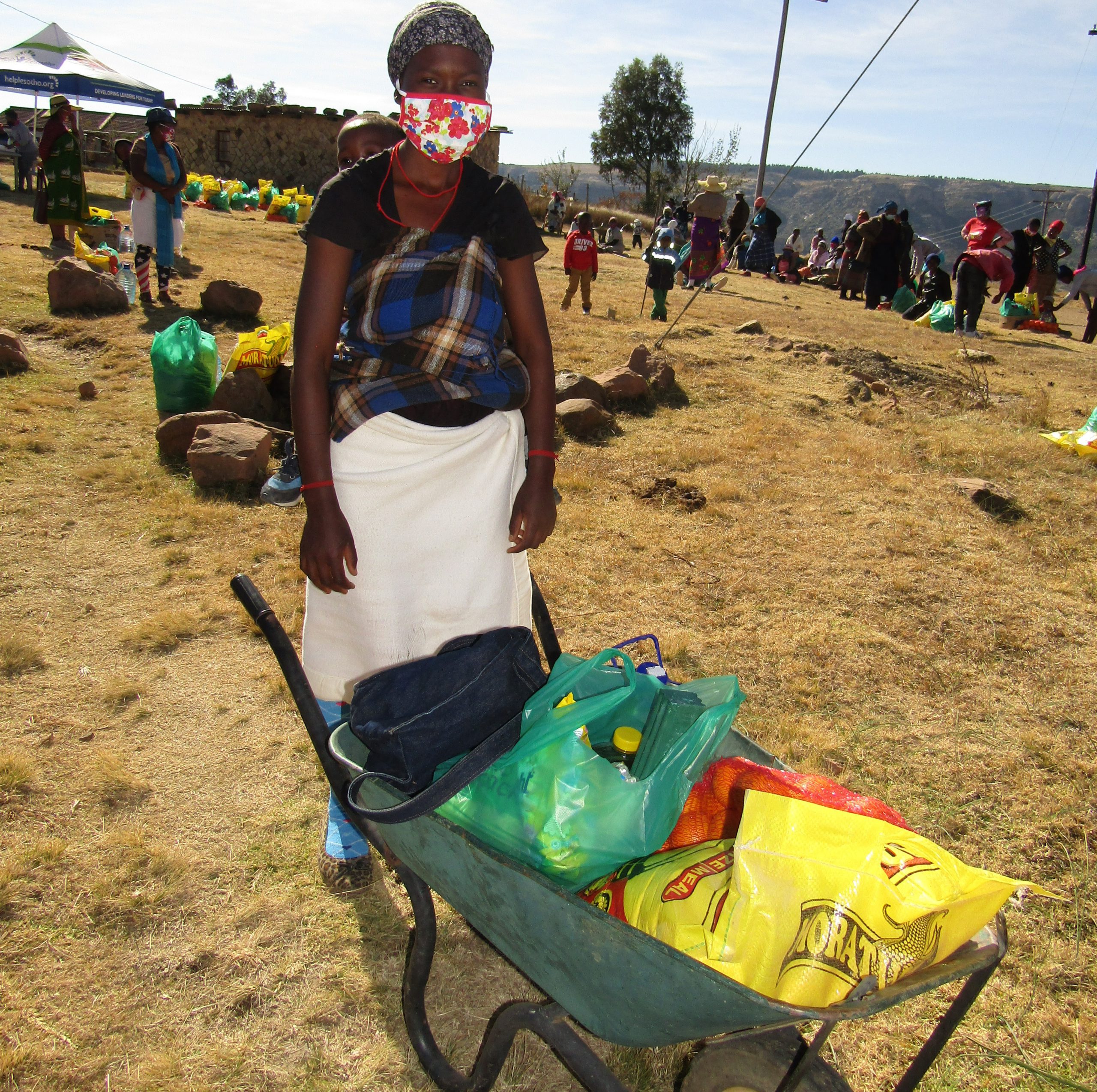 As soon as Lesotho’s first lockdown began, Help Lesotho pivoted to continue providing support to our beneficiaries. Our community leadership centres closed down and all staff transitioned to working from home.

Staff spent weeks calling program participants to check in on them, provide factual COVID-19 information, and provide emotional support to people struggling with the stress and uncertainty.

“I would like to thank Help Lesotho because of its caring nature because nobody volunteers to check on us in the rural communities during this pandemic but only Help Lesotho do that.” – Mathab

These phone calls revealed that most people were deeply concerned about starvation as a result of the loss of income nearly all vulnerable families experienced during the lockdown. In response, our Caring4Caregivers’ initiative raised enough funds to provide more than 1,230 families (more than 5,000 people!) with a substantial food package including maize meal, cooking oil, sugar, salt, beans, lentils, fresh fruits and paraffin fuel. One village chief noted, “You reached the people who need this support more than anyone else. The package contained the items that were truly needed.”

One of the biggest consequences of COVID-19 has been the missed school time for students. The vast majority of students do not have the technology – let alone the electricity – to do online supplemental learning. Help Lesotho initiated two new projects to help vulnerable students:

Donors stepped up in a big way to help 132 bright students who would be unable to graduate at the end of 2021 without paying the $190 CAD national exam fee. Their families are eternally grateful for the help after COVID-19 reduced their capacity to cover basic needs. The campaign ensured that all 132 students received self-directed workbooks to help them catch up on schooling missed during the lockdowns. The students also received psychosocial support and study resources. The students are graduating at the end of 2021 – just image what their futures hold! 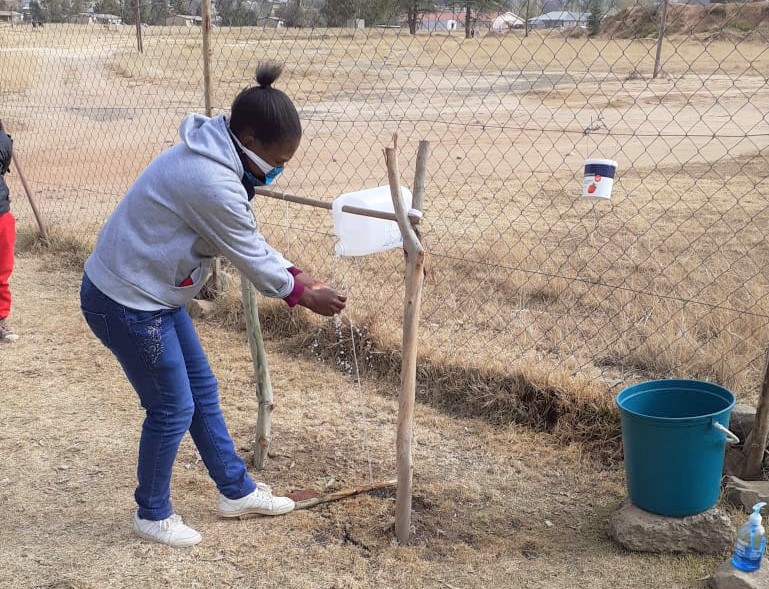 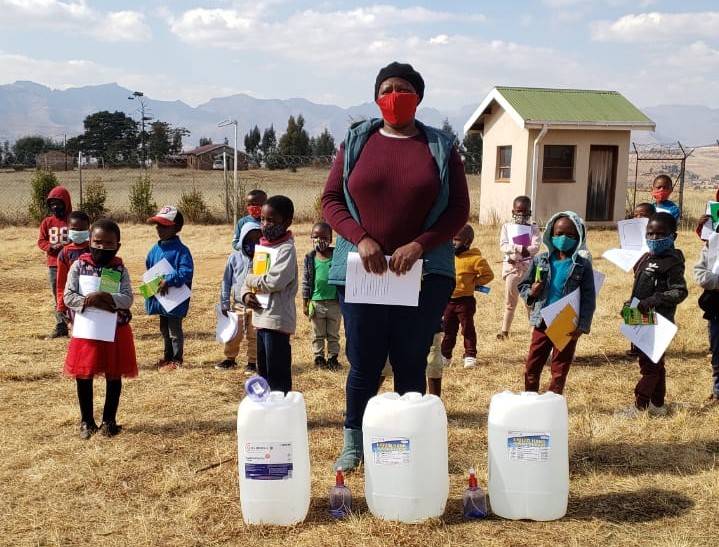 After being out of school for so long, many primary students were struggling to remember even the simplest concepts such as their ABCs. Help Lesotho designed three levels of workbooks with fun and educational activities for primary students. The workbooks only require pencils and pencil crayons – both of which are provided by Help Lesotho. Thanks to funding from various partners and donors, Help Lesotho distributed more than 3,000 educational workbooks in 2021! In many rural villages, we also have alumni from Help Lesotho leadership programs volunteering as tutors. The alumni volunteers work with primary students on their workbooks and homework in addition to providing simple psychosocial support. We’ve seen tremendous results on all sides – alumni volunteers feel empowered as they see their value in helping others, students are feeling more confident about their school work, and parents and teachers are relieved that their students are finding learning fun once again!

As of August 2021, nearly all programs have resumed normal operations. Participants wear masks, wash their hands, and stay outdoors as much as possible. Help Lesotho continues to share information about COVID-19 and the vaccine at every opportunity. Program participants are given ample time to ask questions, clarify myths and develop strategies for managing their stress.