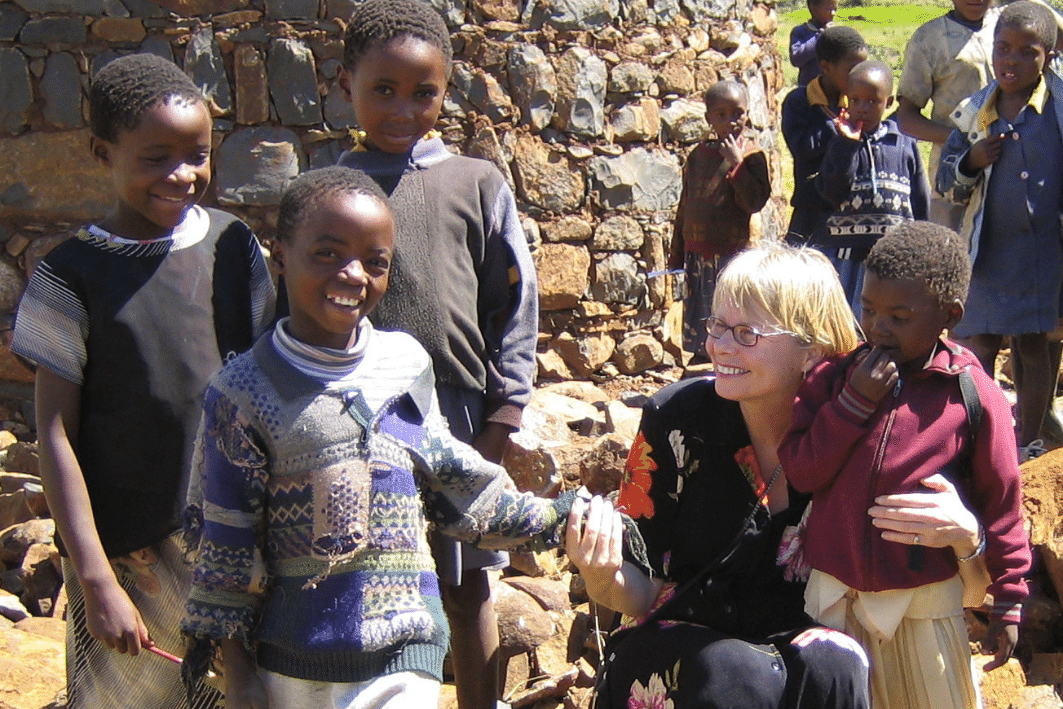 Help Lesotho founder Peg Herbert started the organization in 2004. Please read on for her story. 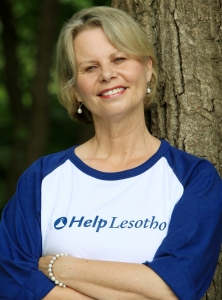 IT ALL BEGAN in 2000 with Sister Alice Mputsoe, a student from Lesotho in my graduate class in the Faculty of Education at the University of Ottawa, Canada.

I had never heard of her beautiful country. In our many discussions, Sr. Alice taught me about her people and their suffering from AIDS, poverty and famine. At that time, Lesotho was on the verge of extinction – people were dying, children were orphaned, villages were forgotten and families were destroyed. Her tale of such suffering haunted me for years.

In 2004, I visited Lesotho and was heartbroken at the misery. I traveled for weeks high into the mountains, held workshops for hundreds of teachers, talked to thousands of children, and met with local chiefs, government officials, and the King of Lesotho.

The courage and determination of the teachers and children was truly inspiring. I listened and learned what these amazing local heroes and youth felt would help their villages, schools and families. I was overwhelmed by the thought of these orphans, vulnerable children and their grandmother–caregivers feeling so alone and forgotten.

Although I had no prior experience in international development, my background in social work and educational psychology helped me to structure what I heard into culturally meaningful projects and programs delivered with kindness in the most sustainable ways. I was committed to providing the depth of psychosocial support that individuals need to deal with crushing poverty and despair.

As I began to tell the story to groups and colleagues, financial support initially came from friends, family, educators and neighbours. By 2005, the work was so extensive that I committed myself to it full-time – Help Lesotho was born. I spent three to four months each year in Lesotho deeply involved in program development and expansion. I held the grannies as they wept and listened to the children’s fears and hopes. Local staff were carefully recruited and trained to be effective and accountable. Community leaders and local partnerships were engaged on a village, district and national level.

Young people changed before my eyes as they thrived with the encouragement, education, personal development, kindness and support. I believe with all my heart that it is possible for these precious lives to be healthier, self-reliant and fulfilled because of the work we do.

Help Lesotho’s two community centres are especially wonderful places of hope. I stay committed to this country and this cause because I can see that our work is responsible, sustainable and locally valued. Our core priority of accountability ensures your funds are well directed, often several times over. I believe deeply in our local team and their incredible commitment to the work and the people we serve. Lives are changing and, while there is still a long way to go, Lesotho is coming back from the brink. 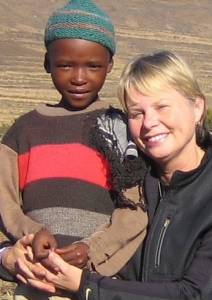 With the help of over 5000 donors from across Canada and in several other countries we have raised more than $25M and enabled Help Lesotho to deliver a highly-valued diversity of integrated programs to change thousands of lives annually.

It is a privilege to serve the people of Lesotho and to know our faithful donors. The work has changed lives among our donors too as they discover the joy of making a huge difference to individuals and communities and who believe as we do that it is possible to make sustainable change in Africa – one day at a time!

PS. To read more about the development of Help Lesotho, please read my ‘Letters from Lesotho‘!

Peg founded Help Lesotho in 2004 after personally witnessing the staggering suffering and bravery of the people of Lesotho, southern Africa at the height of the AIDS pandemic. As an educational psychologist with over 45 years of experience with vulnerable people, she worked directly with local community members and youth to develop outstanding programs and approaches that have profoundly changed the lives of the people of Lesotho.