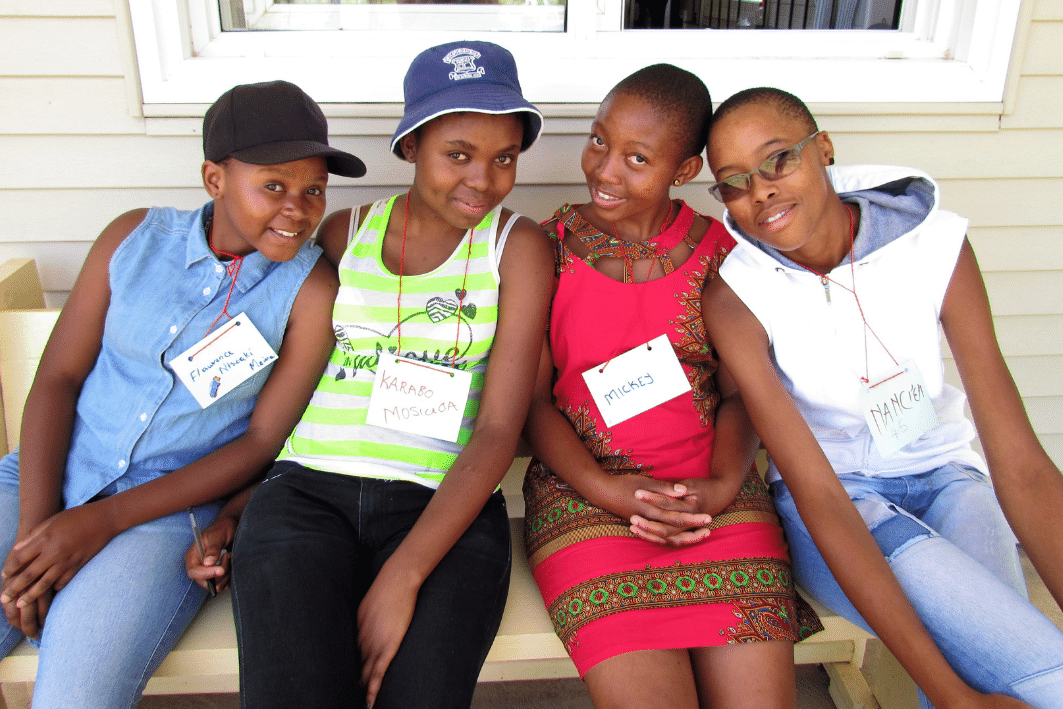 In December 2018, Help Lesotho’s Hlotse Centre was bursting at the seams as over 150 campers flocked to the Centre to learn life-saving information, make friends and experience ‘home’ with their Help Lesotho family at Leadership Camp.

Camp is a life-transforming experience for the children in Help Lesotho’s Child Sponsorship Program. Attending Camp is considered a privilege. Participants come to their first camp as shy, nervous and curious students and leave as knowledgeable, motivated, and confident young leaders. Camp inspires children to overcome challenges and make a difference in their communities. More than 4,000 students have participated in Camp, many attending several years in a row. The impact of the camp is multiplied in all those with whom campers share the information.

In a session called Risky Behaviours, the campers discussed actions that can lead to contracting HIV, such as unprotected sex, sugar daddies and mommies, and peer pressure. As a result, the campers reported having a better of understanding of how to protect themselves from HIV. Before the session 59% of campers disagreed with the statement: you cannot get HIV the first time you have sex. After the session, this statistic rose to 91% of campers.

There are many common misconceptions about HIV/AIDS in Lesotho. For example, the implication that girls who carry condoms want sex all the time was answered by the fact that it is out of caution and respect for themselves because anything can happen to them due to rampant gender based violence. One of the common myths in Lesotho is that HIV can be cured. This is due to a number of factors such as religious beliefs (where some priests claim that they can pray for someone who is HIV+ to be cured), traditional doctors who claim that their herbs can cure HIV and that there are still people who do not understand that ARVs do not cure HIV/AIDS among others. Prior to the session 79% of campers agreed with the statement: there is no cure for HIV, while after the session this was increased to 94%.

If I had not been part of the CSP, I would either be a street kid, married or working odd jobs just to make ends meet.

Standing Up Against Gender Based Violence

The campers learned about the gender stereotypes and gender based violence prevalent in Basotho culture, through games, discussions and skits. They learned they have a role in preventing violence against women and by the end of camp 94% of campers agreed with this statement, whereas prior to the sessions only 77% of campers agreed.

Gender Equity By the Numbers

Have you ever wondered what it’s like to attend one of our Leadership Camps? Help Lesotho intern, Palesa, attended camp and made a video series to show what’s like to be a Help Lesotho camper. You can watch Palesa Goes to Camp here.