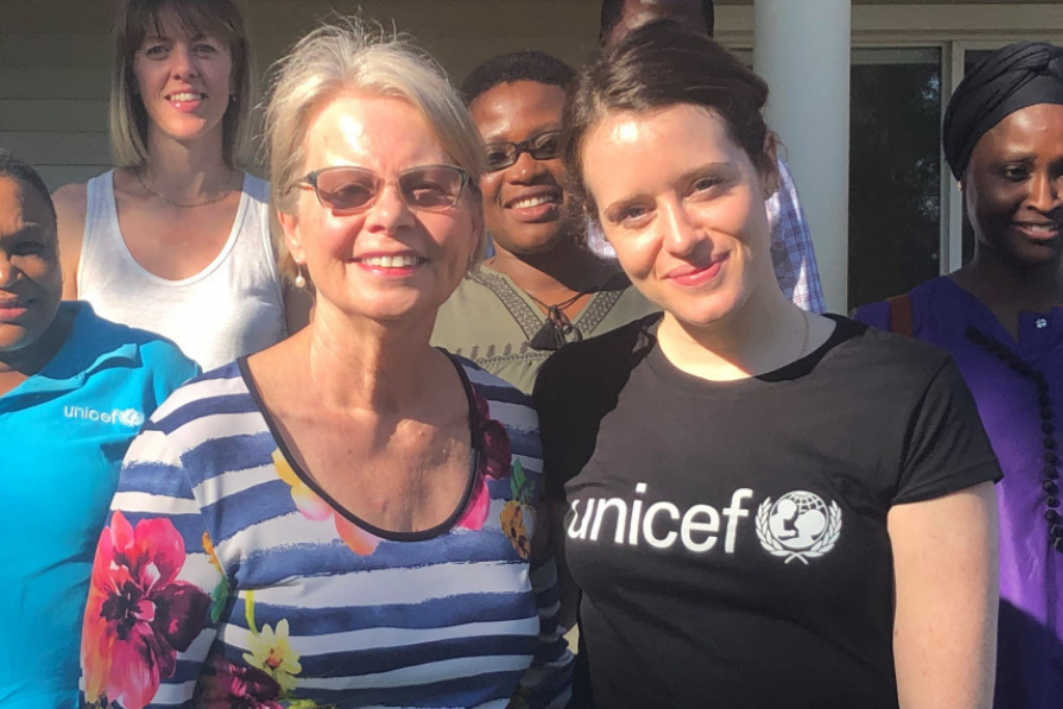 Many of us are watching The Crown on Netflix. I had enjoyed the first two seasons as they rolled out, never imagining I would meet ‘The Queen’. As you know, I do meet regularly with the real Queen of Lesotho and the Princess often, but meeting Claire Foy of The Crown was a complete surprise.

One morning last March, UNICEF brought an International Ambassador to see our Young Mother’s Program. We have two parts of that program – one funded by two women in Canada and one funded by UNICEF. The latter pay regular visits to Lesotho to show UNICEF guests the program.

I knew that the group was travelling up to our remote location to visit with the pregnant girls and young mothers in Butha Buthe program and then back to the Hlotse Centre. It was suggested that I join the lunch.

When I was introduced to Claire Foy—the Queen in the first two seasons of The Crown, and the UNICEF Ambassador in question– I frankly told her that I had no idea it would be her and that if I had known, I would definitely have changed my shirt! We enjoyed a lovely, relaxed 90-minute visit over lunch.

The staff told me how intent Claire was listening to the girls, how interested and humble she was in what they had to say and just, frankly, how lovely she was.

Meeting Claire was a pleasure. What are the chances of meeting such a global movie star in a remote location, in a country most people do not know, in the middle of southern Africa. Quelle suprise!

Here you can read Claire’s article in the Independent about her experiences in Lesotho, where she mentions our Young Mother Program!