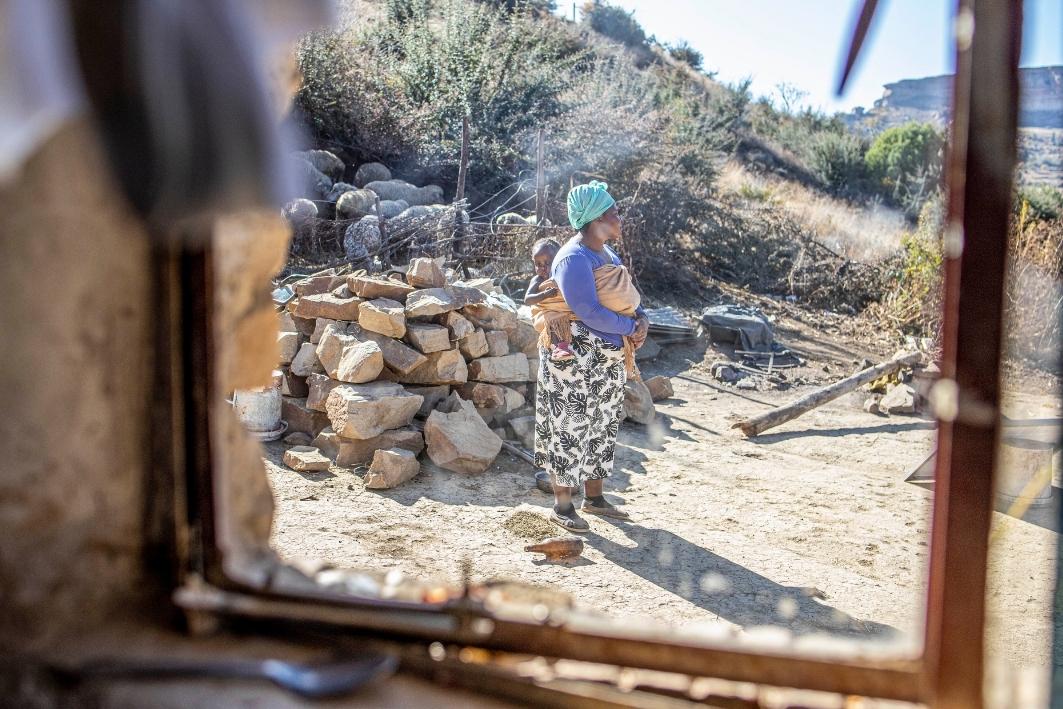 Lesotho has one of the highest suicide rates per capita (possibly the highest) in the world. Data sources vary slightly in the global rankings, but Lesotho is undoubtedly the highest ranked country in Africa.

The rate of suicide in Lesotho is the clearest indication of a mental health crisis. Despite this, Lesotho continues without a national mental health response strategy. Overall, mental health is barely acknowledged and the social stigma of getting help is so severe that people feel better off suffering alone or making the devastating decision to take their own lives. Decades of poverty, grief and loss brought about by the AIDS pandemic, few employment opportunities and overall feelings of hopelessness for the future are major contributors to the crisis. 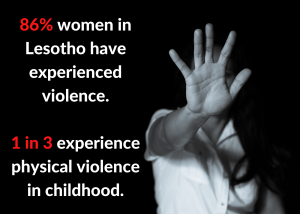 Lesotho differs from many other countries in the gender breakdown of suicide rates. While nearly all countries report higher male suicide rates, Lesotho has a significantly higher female suicide rate. Once the context of Lesotho’s excruciatingly high rate of gender-based violence is considered (at least 86% of women have experienced violence in their lives), there is a clear window on the overwhelming pain, stress, shame, and burden carried by Basotho women. These women are disproportionately burdened by unemployment, household responsibilities and caring for family members, contributing to steep financial disparities. HIV prevalence is roughly four times higher among young females (ages 20-24). Adolescent girls and young women are the ones to suffer the consequences of teenage pregnancy and early marriage. For many of Lesotho’s women, cultural and familial expectations for them to care for others, keep quiet about abuse, work in terrible conditions or not at all, and have almost no decision-making power in their relationships is simply too much to bare.

In every Help Lesotho program, there are beneficiaries who have seriously contemplated suicide; many have tried. Universally, it is estimated that for every person who dies by suicide, another twenty people made attempts. Every single one of our beneficiaries has had a personal experience with suicide, often within their family or close friend group. Despite suicide permeating so many aspects of Basotho society, almost no one talks about it. Help Lesotho is making strides to break this taboo by opening the door to conversations about trauma, grief, abuse, isolation, discrimination and depression.

The ultimate goal of Help Lesotho’s programs is to help participants build their RESILIENCE. Resilience is a cornerstone of mental health. Having resilience makes people less likely to see suicide as the only answer to their problems.

Tlotliso is a twenty-seven-year-old female graduate from Help Lesotho’s 2022 Leaders-in-Training program. After gaining the support and trust of others in the program, Tlotliso felt compelled to share her incredible story of enduring three violent attacks, the first at just ten years old, followed by several attempts to end her life. 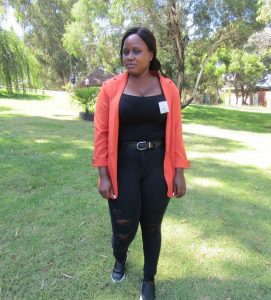 “Though a series of things happened to me I am now able to talk about them in chapters or episodes. Some of the memories are only coming back to me now and for me that is a sign of healing. I am now in control of my emotions and handle debates or arguments better.

I had declared my life a failure and never saw any point in living. Now, I see that the world needs me to stop holding my silence.

I told my loved ones stories about my life without fear of being judged and the response was heartwarming. I got the feedback that I never expected, the support and resonance stood out. I publicly told my story, and all went in tears. I could tell it wasn’t just about my noise but they retrieved memories or relived realities. I could tell the world is in more pain than we see, and I carry the responsibility to make changes. I need to speak louder and now I have the confidence. I am a better person and all thanks to Help Lesotho. I run out of words to express gratitude. I am humbled”.

Person-by-person, life-by-life, we are helping people choose to LIVE. Join us.